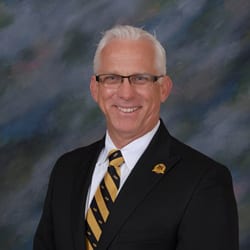 JAMES CALLAGHAN graduated from California State University, Long Beach, with a BS degree in Civil Engineering and received an M.B.A. from Pepperdine University.  Mr. Callaghan is president of Callaghan & Sons Development LLC. Prior to founding Callaghan & Sons, he served as Vice President of International & domestic real estate development, construction and facilities with Qualcomm Incorporated. He has a multi-national background in real estate acquisition, asset management, design and implementation of large-scale development projects, and large scale commercial construction projects.  Mr. Callaghan has participated on several City of San Diego and State of California regulatory boards associated with local, state, and federal energy and transportation issues.  He currently serves as Chairman of the Board of Mental Health Systems, Inc. He has served on the Board of the City of San Diego Chamber of Commerce.  He has also served on various committees in San Diego relating to energy and transportation. Mr. Callaghan served as President of the ANA Parents Association (ANAPA) for the 2010-2011 school year. His son Corey attended the Army and Navy Academy for seven years, graduating in 2011.