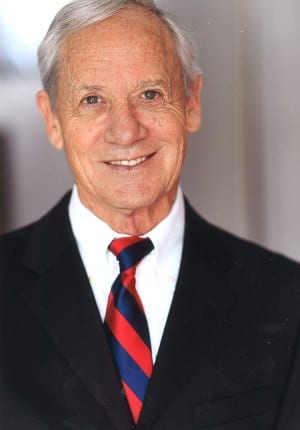 Judge John Dobroth ’58 has always had a passion for high jumping. Since his record-setting 4’10” jump at Army and Navy Academy in 1957, he’s continued to pursue the sport, competing for over five decades.

After Army and Navy Academy, Dobroth attended Occidental College, where he continued to excel and break records. He soon became the best Occidental jumper in 1962 with a 6’8”jump.

Post-college, he began global competition, first being invited to the 1968 Olympic trials for Decathlon. Dobroth made it onto the U.S. team in 1970, where he won meets in Germany, Switzerland, England, and Italy. He continued to get better with age, jumping his all-time best just shy of his 30th birthday – 7’2 5/8”.

Since then, he has continued to compete internationally, winning the World Masters Championships several times, including in Rome, Sydney, and Sacramento. He has held the most world records within his age group from 1980 until today.