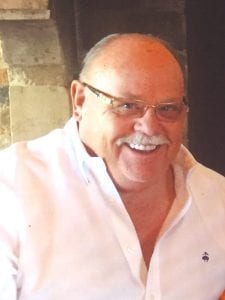 During his senior year at Army and Navy Academy, Nugent was named captain of the basketball team and co-captain of the football team. William was named Palomar All League and was voted 1966 Palomar League Player of the Year in football and graduated as the Academy’s Best Athlete.

William went on to play football for Cal Western University where he was the team’s leading rusher in his junior and senior seasons, gaining more than 1,000 yards each year. In William’s senior year  he earned Division II All-American honors.

After graduating , Nugent had a brief stint in the NFL. He signed as a free agent with the San Diego Chargers of the National Football League in 1971, but was released from the team the same year. Nugent signed a contract with the British Columbia Lions of the Canadian Football League in 1972, but opted instead to start a contracting business with his new wife and child. Since 1972, William has expanded his company W.L. Nugent Construction Inc. into a general contracting and residential and commercial development business in California and Arizona.