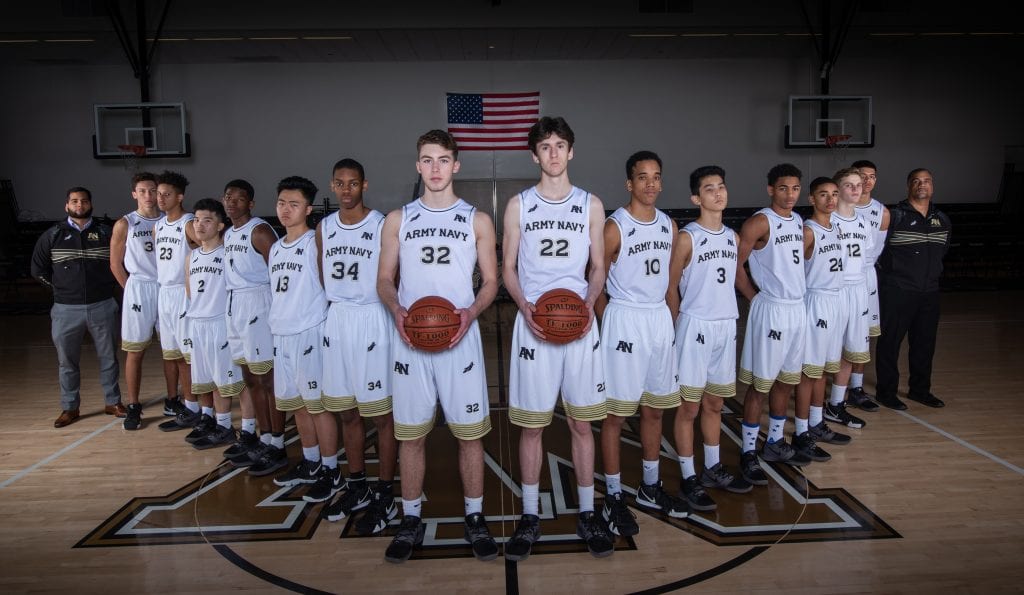 The Warriors 2018-2019 basketball season started for the Warriors way back in June 2018.  The young men who were interested in playing on this year’s team volunteered to play in San Diego State Summer Camp.  They began the process of setting of this year’s team identity which was hard-work and teamwork.  It also gave those individuals who were new to Varsity level basketball their first introduction.  This included Chris Huggins, Zekiah Jensen, Do Jun Kim, Nick Indreri, and Mike Davis. They were joined by 2 year Varsity started Albert Pichardo.  It was a great experience for those who were able to participate.

Those Warriors were joined by others in August when school started in PE basketball.  It gave the players more opportunity to cement their identity with new players and how they wanted to approach the season.  Newcomers like Cobey Harraway, AJ Marmolejos, Cole Katayama, Jose Lleverino, Will Schmidt, Mikel Jones, Arvin Wang and returner Connor Tezanos-Pinto made up this year’s Varsity basketball team.

To begin the season, the Warriors were a very young and inexperienced team with only one senior, Connor Tezanos-Pinto, and one player with more than one year of Varsity experience, Albert Pichardo. Gaining experience was very important for this young team, so the Warriors played in three tournaments in the preseason.  The North County Tournament, the Grossmont Winter Classic, and the Holiday Classic at Torrey Pines were very competitive tournaments and the Warriors improved in every game.

After the tournament season, the Warriors competed in Coastal League.  The Coastal League is considered one of the toughest leagues in San Diego with most teams competing in or winning their Division CIF Championship.  The Warriors battled hard pulling off some upsets by beating Bishop’s and La Jolla Country Day, but the experience gained in league competition will help the Warriors next year.