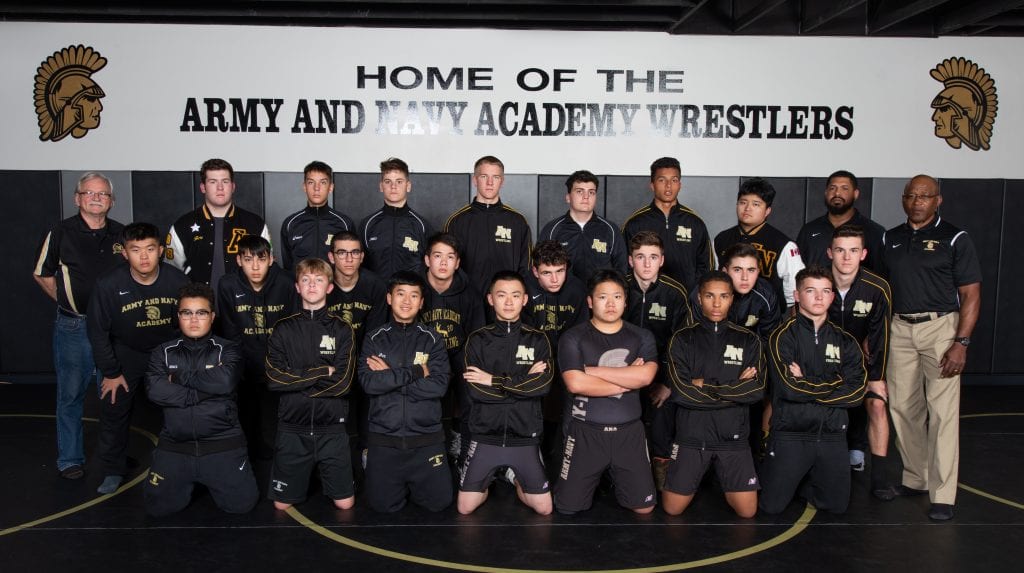 The team scores in the meet are as follows:  ANA 54 vs. Mountain Empire 6; ANA 39 vs. Calipatria 42; and ANA 42 vs. 42 Guajome Park (ANA wins with tiebreaker). ANA placed 2nd in Citrus League team competition with a record of 7-5.

The following wrestlers advanced to the Masters Tournament: Ben Rohrbacher, Stephen Lanier, and Gunner Johnson. Ben went 2-2 which is a very successful accomplishment for a second year wrestler! San Diego Masters is a very tough tournament, and we are very proud of Ben!