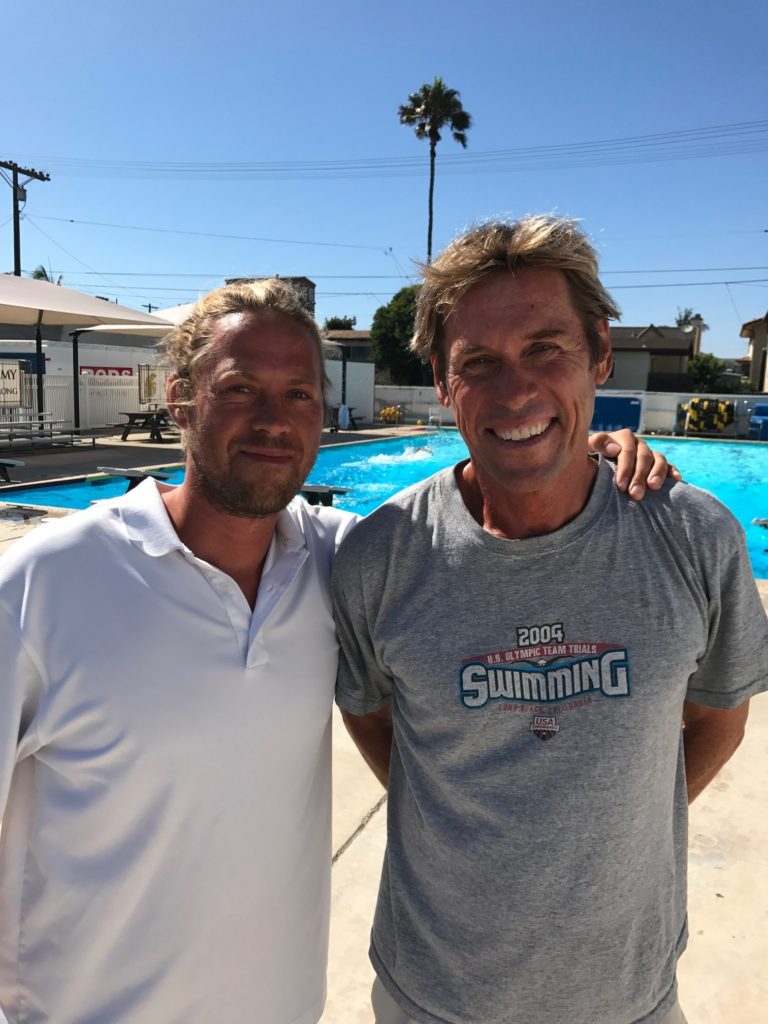 Army and Navy Academy is excited to welcome the father-son duo as the new water polo coaches and the Cadets are eager to start the 2017-2018 school year with bright beginnings!

Jim Barton has extensive experience in competitive swimming at various levels including age group, high school, La Salle College (NCAA Division 1), Rough Water, and Masters. Jim also played water polo in high school and college. He took a hiatus from competitive aquatics from 1992 to 2000 to raise three boys and work as a professional geologist, but in 2000, Jim assisted the Carlsbad High School (CHS) boys swim team as a volunteer coach. He later became the assistant boys swim coach from 2001 to 2010. During that time period, his three boys generally played for Carlsbad Water Polo Club and CHS. His youngest played water polo for University of California San Diego. During the period of 2010 to 2014, Jim was the head boys swim coach at CHS and from 2014 to 2017, he was the head swim coach for both the boys and girls swim team at CHS. During his tenure with CHS, CHS captured 10 CIF Division 1 boys swim championships and in 2014 and 2017, Jim was named CIF Boys Swim Coach of the Year and CIF Girls Swim Coach of the Year, respectively.

Kyle Barton played for Carlsbad Water Polo under the leadership of JB Feaster and James Hamilton during the period of 1996-2002. Kyle was also an age-group swimmer for North Coast Aquatics and competed as a swimmer for Carlsbad High School (CHS). During his high school years of 1998-2002, Kyle obtained significant knowledge and skills of water polo while part of a very successful club and high school program at CHS. He competed in CIF both in water polo and swimming and eventually went to Loyola Marymount University to obtain a bachelor’s degree in Computer Science. Since graduation, Kyle has worked in the Computer Science industry with very successful companies.

Jim and Kyle look forward to an exciting school year and ANA welcomes them to the family!