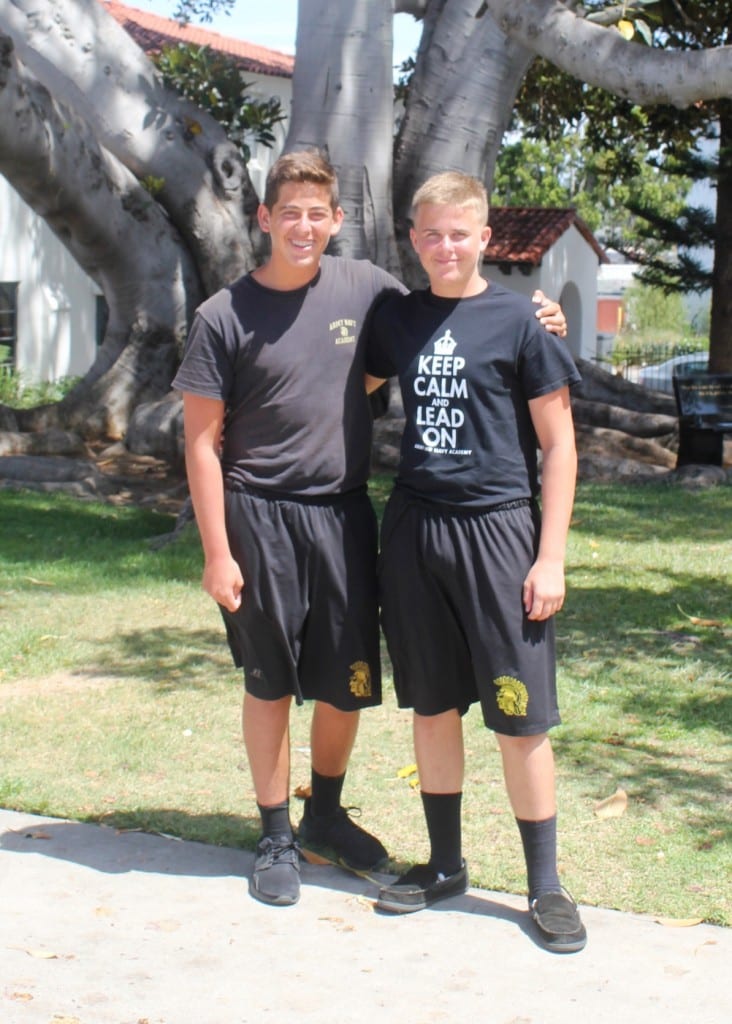 Noah Ross, Kyle Caverly, and John Sweeney were practicing for Color Guard on the evening of August 27 when they heard a loud noise – a car crash.

Instead of turning away from the challenge, they acted heroically. The Cadets ran in the direction of the accident, calling out for someone to call 911.

When they got to the car, they saw that the driver was trapped and unconscious. As local neighbors gathered around, the Cadets carefully pried open the door and carried that man out, checking his pulse and making sure his head and neck were supported. The man began to regain consciousness, and the Cadets started asking him questions to evaluate his mental state – his name, the date, and others. The police arrived soon after, and the Cadets turned control over to them.

The Academy is incredibly proud of these Cadets for their actions – they acted quickly and responsibly in the face of a challenging situation, exhibited leadership, and saved a life.