Camp Challenge; the place where young men and women come to learn leadership and train to become leaders in today’s world. 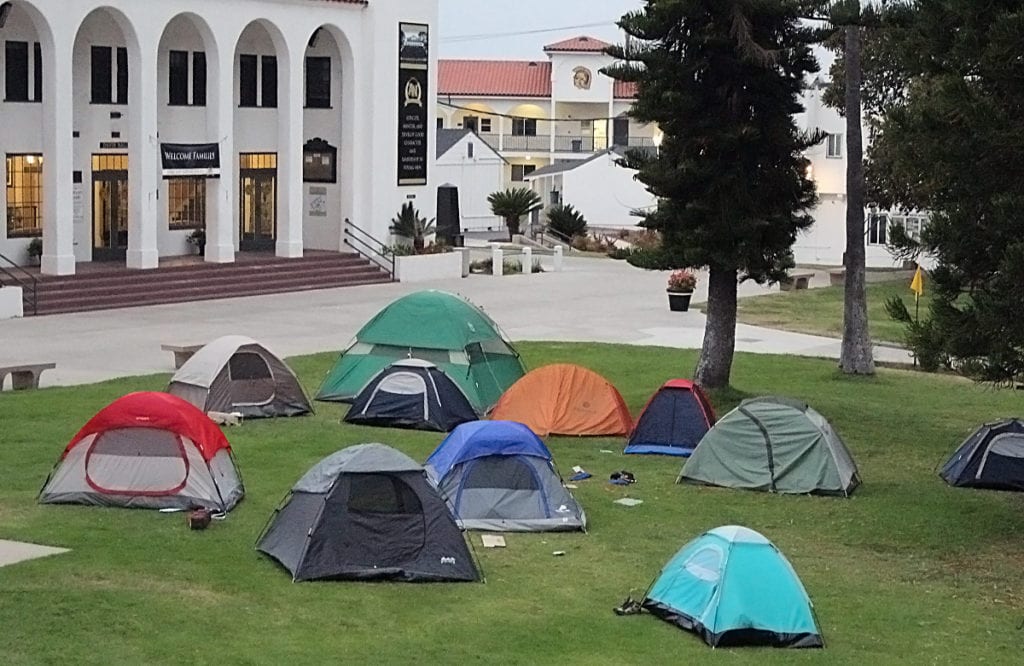 When I arrived on campus on the morning of the 7th, the campers were just cleaning up and taking down their tents where they had slept the previous night. The tents were set up on the two lawns in front of Davis Hall to prepare them for the future nights that they will be spending on Camp Pendleton.

After they had breakfast, they formed up in front of Davis Hall as a company and raised the flag. After taking accountability, the campers all filed onto the buses to head out to the ropes course. While there, the campers learned teamwork, trust, and self-confidence.
The ropes course helped a lot of the campers realize they had the ability to accomplish things outside of their comfort zone. The ropes course was made up of two tall, wood logs that had a wire extending between them in the air. The campers would climb up one of the tall logs while attached to a harness and safety rope, and then proceed to walk across the wire. 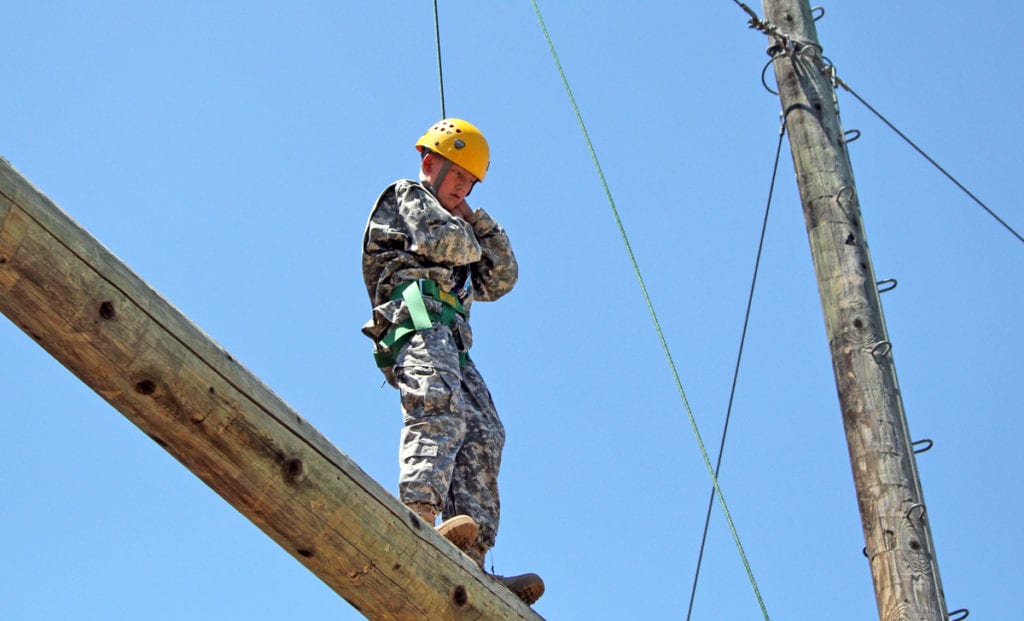 Teamwork building exercises and games also made the campers understand that teamwork is essential in accomplishing a task. The games consisted of teams, who would have several campers blindfolded. Each team would try to help the blindfolded person find an object and bring it back to the team.

The days at Camp Challenge will normally include waking up at 6:00 to perform PT or, physical training. Then, the campers will enjoy a breakfast in the Cadet mess hall. They will have a morning colors formation around 8:30 and then head out to do a training or leadership building activity. Those activities include classroom study on leadership, trips to amusement parks, a trip to Camp Pendleton, beach activities, and a leadership reaction course.

All of the campers looked happy and were enjoying getting to know each other better as fellow teammates of Camp Challenge. With a successful third day at Army and Navy Academy’s Camp Challenge program, these campers, and future leaders, will go on to have another great week of learning.