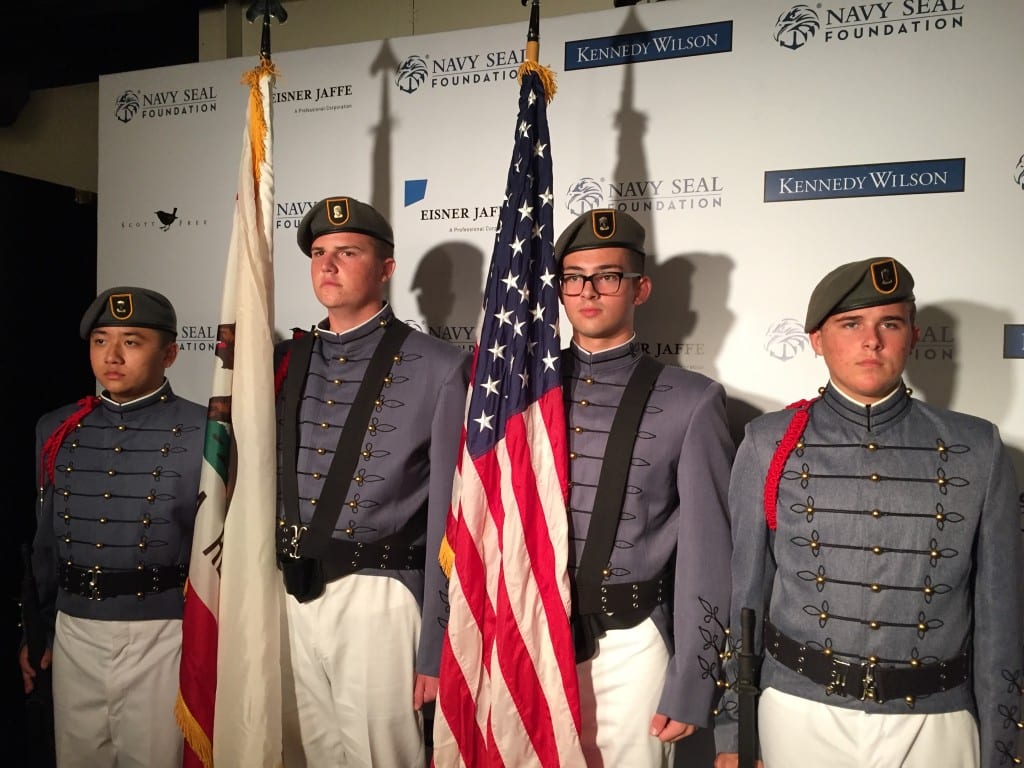 Army and Navy Academy Cadets served as the Color Guard at the 2015 Los Angeles Evening of Tribute. This annual event is hosted by the Navy SEAL Foundation, a non-profit organization dedicated to providing both immediate and ongoing support to the U.S. Navy’s Special Operations community and its families.

The event honored Clint Eastwood. Mr. Eastwood received the Navy SEAL Foundation’s Patriot Award, which, according to the Foundation, “is presented to an individual or organization that has contributed greatly to our country and upholds the values that epitomize the SEAL community.” Previous awardees include Tom Brokaw, Jerry Bruckheimer, and Roger Ailes, among others.

The event was held on Thursday, November 5 at the Beverly Wilshire Hotel in Beverly Hills, California. It featured entertainment by Toby Keith, a special guest appearance by Sean Penn, and an oration by Jessica Buchanan, an American woman who was rescued in Somalia by the United States Navy SEALs.

The Color Guard represents a prestigious detachment of the Army and Navy Academy Corps of Cadets. The Academy’s Cadets posted the colors to formally begin the ceremony and retired them at the end of the night to mark its conclusion.

For information regarding the Academy’s Reopening Plan