Do SAT and ACT Scores Matter? 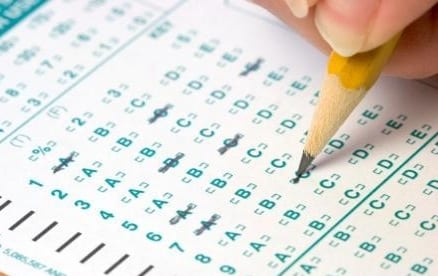 Every high school student applying to college knows the pressure of doing well on their SAT and ACT tests. They’re also familiar with that feeling of anxiety while waiting for test scores to roll in. Students spend countless hours preparing for these standardized tests and parents even spend thousands of dollars on tutors and classes to help their children gain test-taking skills. According to an IBISWorld’s Report in 2013, a total of $4.5 billion dollars was spent on test preparation and tutoring services. But is the money spent on preparation worth it? Is the future of these high school students really determined by the 3 hours and 50 minutes they spend on a Saturday morning writing essays and shading in bubbles? Do the SAT and ACT scores really matter?

Parents may say these tests are vital and teachers may believe the scores will determine the college fate of high schoolers. So then, why are more and more colleges nixing the SAT and ACT scores from their admissions process? There are currently about 850 test-optional colleges in the United States, including George Washington University, Bryn Mawr, Pitzer College, Providence College, and Texas A & M, and the trend is continuing to grow. New York University and the University of Rochester have moved into a “test-flexible” policy, meaning they accept results from Advanced Placement or International Baccalaureate exams instead of the SAT or ACT. The SAT has been around since 1926 and the ACT was first implemented in 1959; if for years we’ve been engrained with the idea that high scores on standardized tests are the key to a bright future, why are schools beginning to ignore them?

Diversity – this is the number one reason given when schools are asked why they’ve moved to a test-optional admissions policy. SAT scores are merely one factor of many different aspects that make a great student. Admissions offices started to realize that great SAT scores do not always make a great student while poor scores don’t always mean the student isn’t bright. Admissions officials are starting to put more emphasis on a student’s high school transcripts, letters of recommendation, regional location, essays, extracurricular activities, and community involvement without even once glancing at test scores. The reason is that while the SAT focuses specifically on one’s math, verbal and writing skills, it does not demonstrate the student’s critical thinking capacity or creativity. Many top students have even admitted that the SAT and ACT tests gave them anxiety and they scored lower than they thought they would. These scores shouldn’t account for the make-or-break factor of getting accepted into the colleges of their choice. One’s acceptance to college should be based on their overall package and what that student can bring to the school; more and more colleges are picking up on this.

George Washington University (GWU) is one of the most recent schools to become test-optional, which came into effect for students seeking admission in the fall of 2016 and since then, there has been an increase in applications from both low-income students and students of color. Before then, GWU administrators felt they always sought out diverse students by looking beyond SAT and ACT scores, but they feared that some students ruled out the school entirely because they felt their scores weren’t good enough to apply.

“Although we have long employed a holistic application review process, we had concerns that students who could be successful at GW felt discouraged from applying if their scores were not as strong as their high school performance. We want outstanding students from all over the world and from all different backgrounds – regardless of their standardized scores – to recognize GW as a place where they can thrive,” said Karen Stroud Felton, Dean of Admissions at GWU.

Now before you go thinking that you shouldn’t take the SAT and ACT altogether, or that you’ve completely wasted your time if you already have, this isn’t the case. Some colleges still require test scores for admission and some have stipulations. “Testing will still be required for home-schooled applicants, as well as students from high schools that only provide narrative evaluation of students, college athletes and those applying for a seven-year program that leads to a combined bachelor’s/medical degree,” officials at GWU said.

Admissions officers won’t ever tell say outright that testing is a waste of time; they’ll simply say that it’s a small factor on a much larger scale that involve great academic standing, a well-rounded school and community involvement and recommendations.

SAT Prep – A Guideline for Success

SAT vs. ACT: Which Test is Best for You?

Military Schools Are About College Preparation, Not Enlistment

How to Help Your Teen Become Independent

How to Prepare Your Teen for College