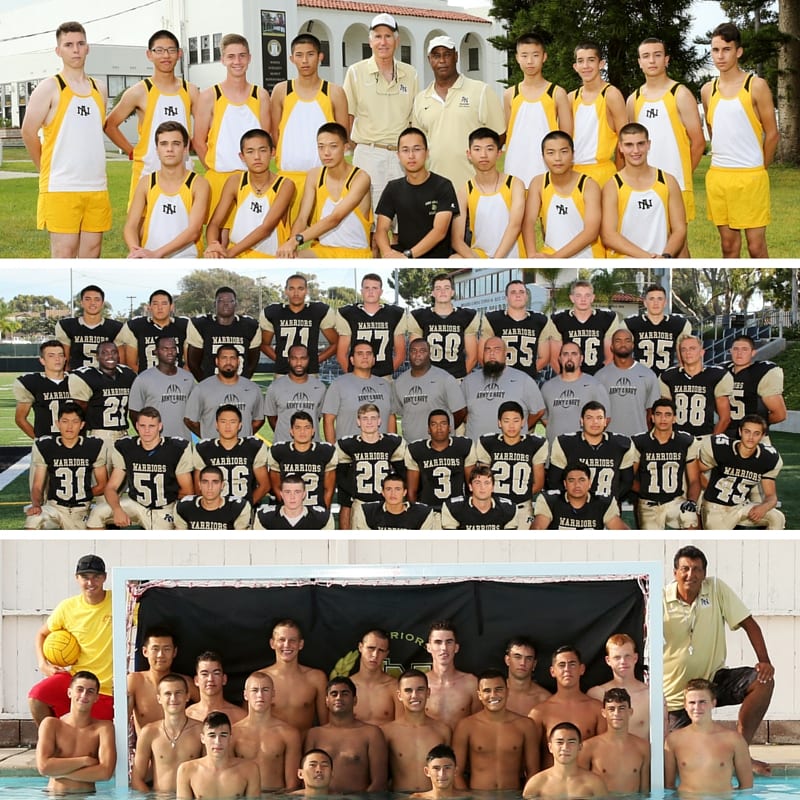 Army and Navy Academy’s Athletic Director, Byrd Milic, is pleased to announce the recipients of the Fall 2015 Athletic Awards for Cadets participating on the Cross Country, Football, and Water Polo Teams.

“It is easy for young athletes to think solely about their own performance,” said Milic. “Our athletes at Army-Navy realize that being part of a team requires thinking about and respecting one’s teammates. This respect carries beyond the football field, pool, and cross country course. Respect carries into the classroom and social settings. It was with grade pride that so many of our athletes were honored at the fall sports banquet for not only their success as athletes but also for their success in the classroom as students.”

Founded in 1910, the Army and Navy Academy is a private not-for-profit institution that provides an academically robust, character-based education for young men, grades 7 through 12. It is the only private boarding school in San Diego County and the only private military academy for high school-age students in California and surrounding states.