Gearing up for Lacrosse Season 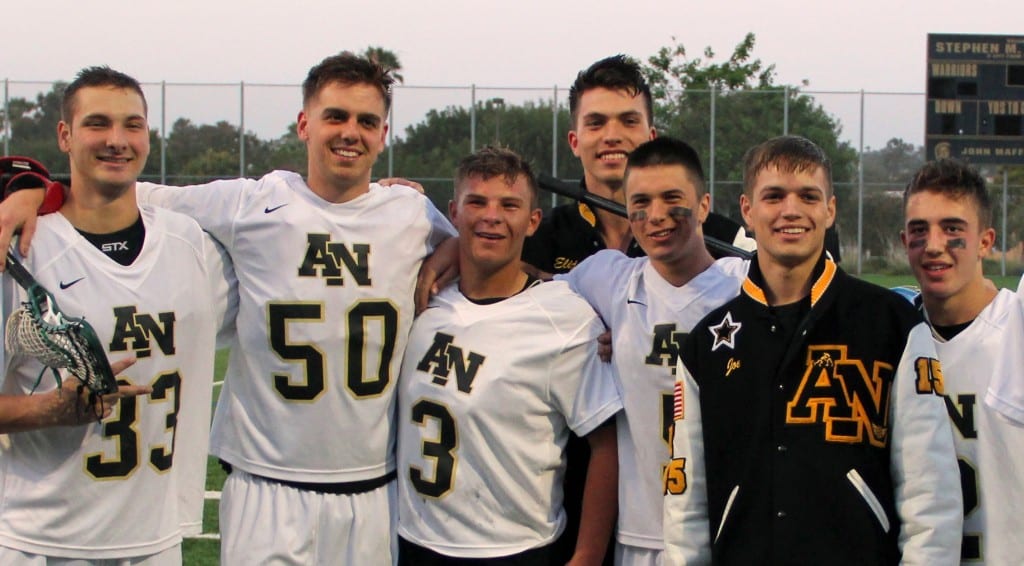 Army and Navy Academy is already making preparations for the 2016 lacrosse season!

The team is led by head coach Mike Pfeiffer who came to the Academy in 2015 to coach our inaugural lacrosse season. He has spent his nearly thirty-year career at some of the county’s best lacrosse programs, including San Dieguito, Torrey Pines, Santa Fe Christian, and Canyon Crest Academy. He has a knowledge and understanding of the game that’s unique on the west coast, and also brings a distinctive coaching philosophy to the table.

Pfeiffer still remembers when his first coach, the legendary John Kaestner (University of Maryland All-American) handed him a lacrosse stick for the first time. After five years of playing under him, Pfeiffer caught the coaching bug. Kaestner taught him that there’s more to coaching than teaching people how to play a sport – it’s also about using that sport as a vehicle to develop the confidence and skills that will prepare athletes for the next chapter.

In our case, that next chapter is college. Pfeiffer coaches in the style of a college program to give Cadets the confidence, maturity, and skills that will allow them to play at the college level if they choose to do so. This technique has already paid off – Mason Roth ’15, for example, is already playing at Division II powerhouse, Concordia University.

Coach Pfeiffer has been impressed with what he’s seen during his first season at the Academy. “I’ve coached at a lot of schools, and it’s really special here,” he says. “It’s more than a team, and more than wins and losses; it’s a brotherhood.”