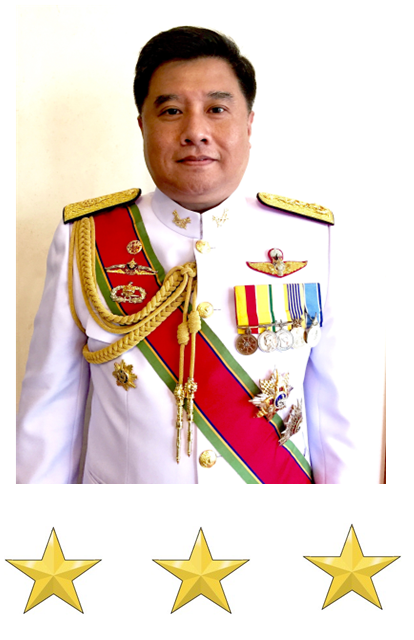 Supridee attended Army and Navy Academy from 1976 to 1979.  He graduated as a Cadet Captain and was voted “Most Outstanding Senior,” and earned the Legion of Merit and Wells Honor Code Trophy.

Feeling a strong sense of pride and responsibility for his country, he returned to Bangkok, Thailand, in 1982 to be commissioned as a 2nd Lieutenant in the Royal Thai Army, where he served as an instructor at the Royal Thai Military Academy and royal guard for His Majesty, the King of Thailand from 1984 to 1992.

His other military accomplishments and assignments include ADC to the Deputy Minister of Defense, staff officer and Division Deputy Director for the Defense Space Center, Permanent Secretary of Defense, Coordinating Officer for the Thai National Security Agency, Deputy Director-General for Defense Information and Space Technology, and currently serves as the Advisor to the Office of the Permanent Secretary of Defense.

Supridee strongly believes that his experiences at Army and Navy Academy contributed significantly to his successful career in the military by giving him that important first step toward a long military career: instilling in him character traits such as pride in the wear of the uniform, respect for others, upholding the highest standards of education, and appreciating the value of living the campus life among the best men.

Supridee is married with two children and lives in Bangkok, Thailand.

During Alumni Weekend, May 18-21, Lt Gen M.L. Supridee Pravitra will receive the “Golden A” award. This is the highest award given to graduates of ANA who has made an impact in their careers, lives, and communities.