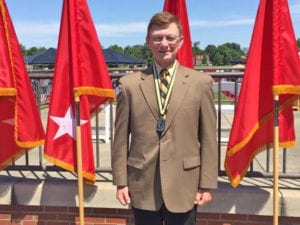 Last Week, Army and Navy Academy President, Major General
Arthur Bartell was inducted into the inaugural class of the National US Army ‪ROTC‬ Hall of Fame. The ceremony was  in conjunction with the celebration of the 100th anniversary of ROTC at Ft. Knox, KY.

Some of the 326 inductees (out of 650,000 ROTC Graduates) included former Secretary of State, Colin Powell, Supreme Court Justice, Samuel Alito and several Army Chiefs of Staff and Chairmen of the Joint Chiefs.‪ ‎Warrior Proud‬!