Remembrances of Things Past: Alumni in the Arts

What’s behind all the hosannas and hoopla that surround the theater arts and drama department at Army and Navy Academy?

During its flourishing heyday, its many glory years in the limelight, the Academy was center stage for high school theater, and was acclaimed far and wide as the “go to” school for its Masque and Wig group. It repeatedly, year after year, earned plaudits and awards for acting and stage production from the prestigious Pasadena Playhouse.

Before applauding the Academy’s future, it is wise to recall the past and in particular two Academy graduates who are well-remembered for their achievements and successes in the arts: Bennett T. Curland ’55 and Spencer (Nick) Dryden ’55.

Curland, known as the “smooth voice,” garnered a scholarship at the Pasadena Playhouse and later enjoyed a successful acting and singing career. He died in 2008, at 70.

A member of the Screen Actors Guild, Curland performed in motion pictures, including “Judge & Jury” (1995) and “Dear Santa” (1998), and enhanced his versatile career by doing TV and radio commercials and voiceovers. He also sang background vocals for the Fifth Dimension, a leading soft rock-pop group in the late 1960s-’70s; he was married to Florence LaRue, the group’s lead singer. 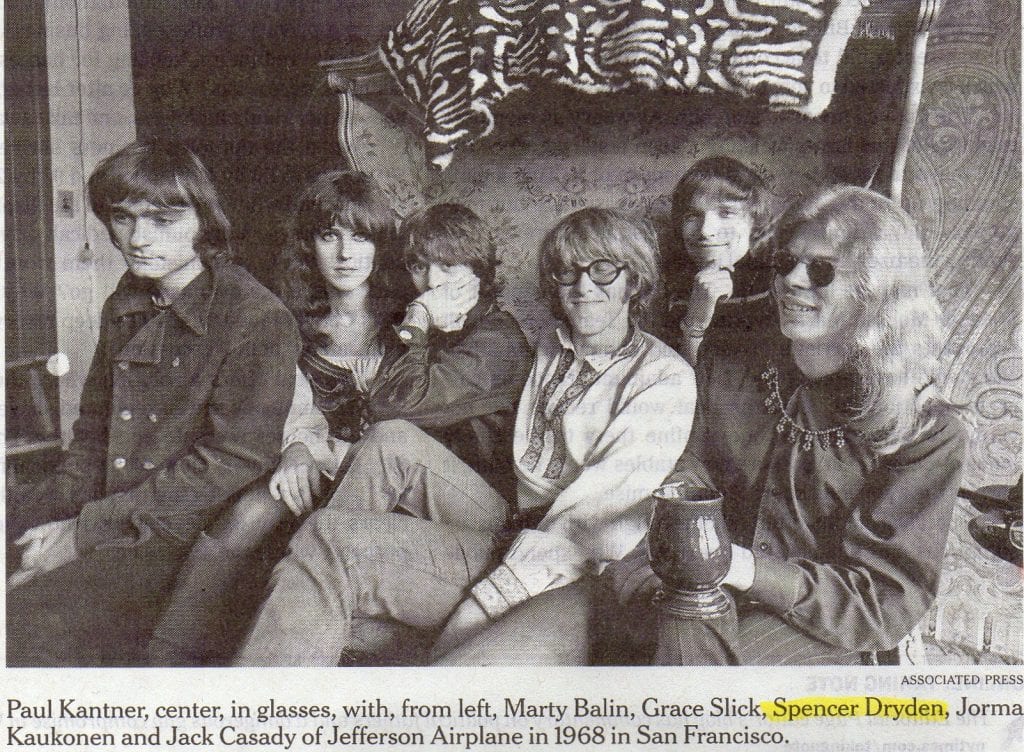 Dryden was labeled the “ultimate rocker.” He is enshrined in the Rock and Roll Hall of Fame as a member, 1966-70, of the legendary rock-psychedelic band the Jefferson Airplane. He died in 2005, at 66.

Dryden, a drummer, had a close relationship with the band’s lead singer Grace Slick, who wrote the song “Lather” (performed on Jefferson Airplane’s “Crown of Creation” album) on the occasion of his 30th birthday. After leaving the group, Dryden joined the New Riders of the Purple Sage, the Dinosaurs, and the Ashes before retiring in 1995.

Dryden came from a show business family. His mother, Alice Chapel, was a member of New York’s Radio City Ballet Company, and his father, George Wheeler Dryden, was the half-brother of Charlie Chaplin. He worked as an assistant director on Chaplin films.

Arts at the Academy Today

Well the Academy’s moment is coming―again. With drums rolling and fifes shrilling, Army and Navy Academy announced a major resurgence of its theater arts program.

See the department’s latest venture this weekend, when the Cadets perform A Few Good Men under the direction of Anna Rebek. Catch a performance on April 28, 29, or 30 at 6:00 PM in Davis Hall.

You won’t want to miss it!