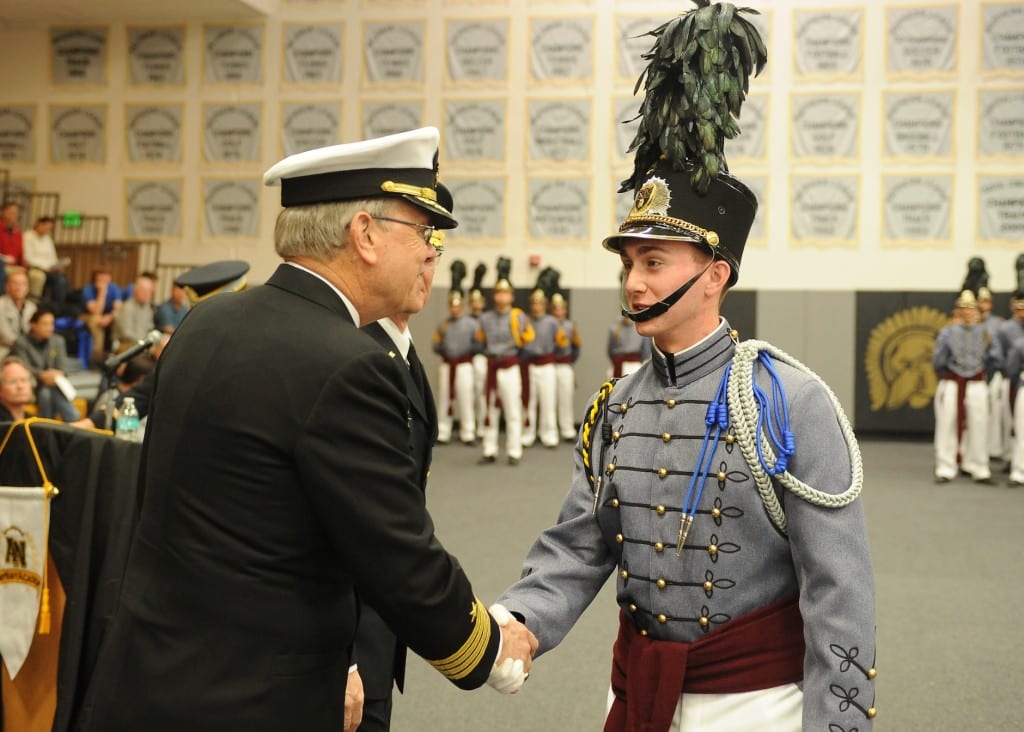 Recipients are recognized for their diligent work and consistent demonstration of good character. Before a Cadet can be recommended, he have a cumulative high school GPA of at least 3.5, a semester grade of “A” in Leadership Education, and an overall citizenship grade of “Excellent” or higher for the previous and current semesters.

This Spring 2016 recipients are:

“The recipients of the Silver “A” Award represent the best of the best at Army and Navy Academy,” says Major General Arthur Bartell, President of the Academy, “These young men have shown outstanding leadership and a commitment to high achievement. Congratulations, Cadets.”

Learn more about the Cadets and their achievements on their Merit Pages.