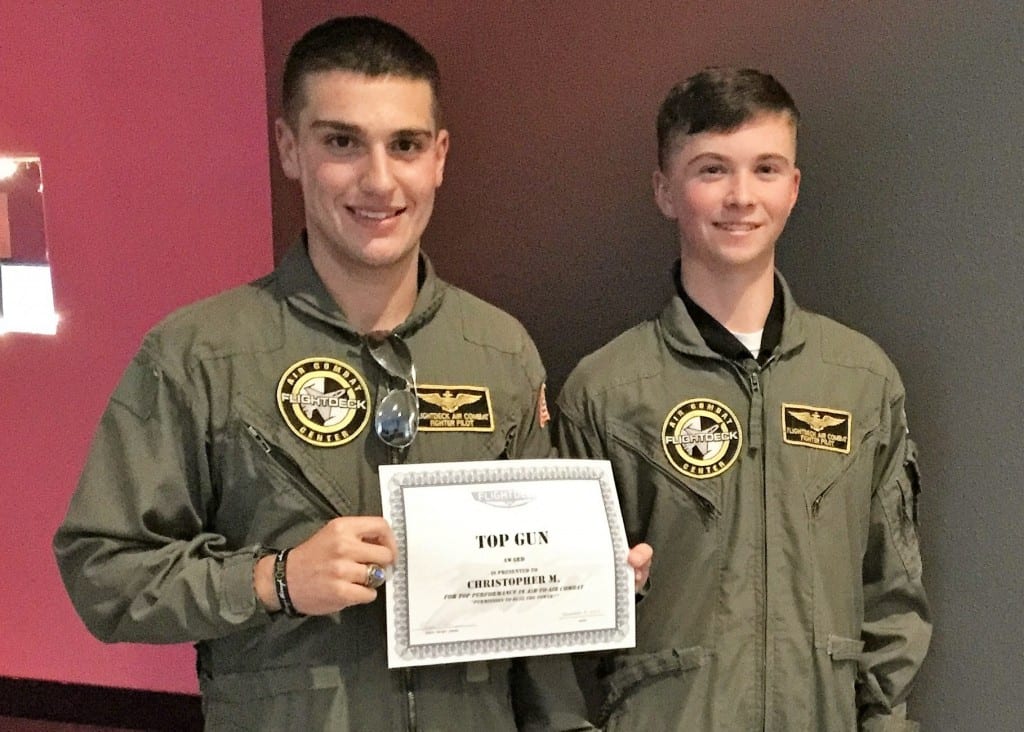 The Elements of Flight Squadron visited Anaheim’s FLIGHTDECK Flight Simulation Center on Saturday, December 6. They had an incredible experience, with each Cadet having the opportunity to fly the F-16 simulated fighter aircraft.

They also engaged in the “Dog Fight” activity, an interactive exercise with other Cadets in the Squadron. At the end of the session, the top five Cadets had the opportunity to compete for “Top Gun” status. Cadet Christopher Mogul, the Squadron OIC, took first to be named Top Gun, and Cadet Kellen Bruce took second. Both received a certificate for their efforts.

At this point, the Elements of Flight Cadets have completed the first piece of their in-classroom instruction. Next, they begin Ground School, taught by Pinnacle Aviation.