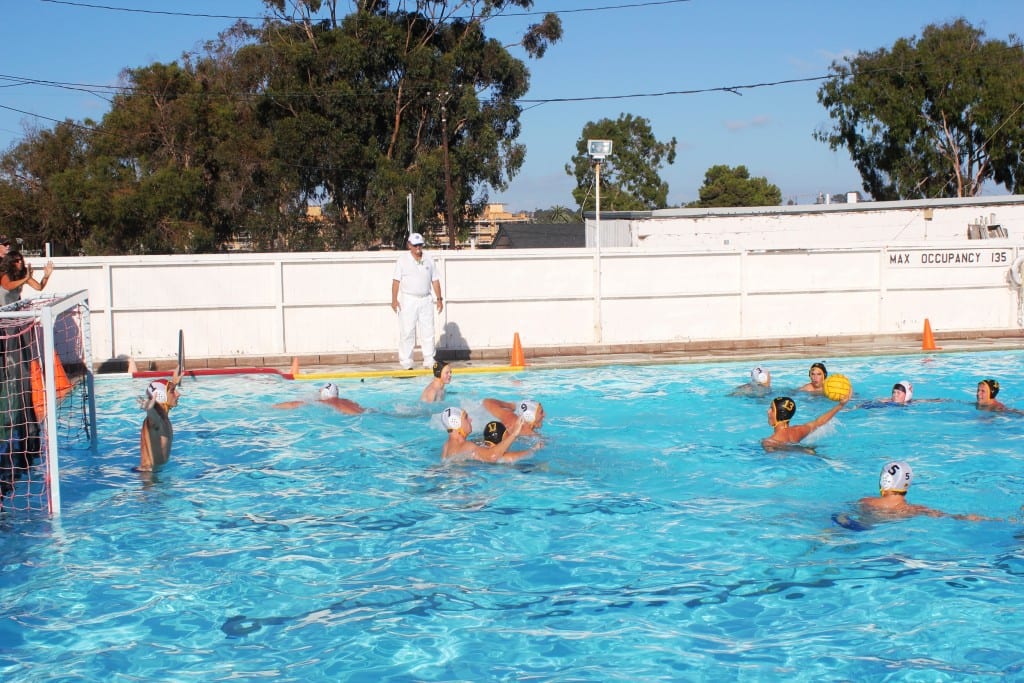 The Warriors hosted High Tech High on Wednesday, September 17.  The teams played hard, but the lack of depth on the bench seems to be what’s killing the Warriors on both JV and Varsity.

The boys played a nail-biter, led by Nick Marino (3 goals) and Kyle Caverly (2 goals), playing hard and only down by one goal throughout the first three quarters. Unfortunately, they ran out of gas in the final quarter and were outscored 4-2 by High Point High. ANA lost, 8-5. The Warriors gave it their all and went down fighting; it’s only a matter of time and conditioning before the team finds its first victory.

Next, the team takes on Classical Academy – 3:30 PM at the ANA pool.