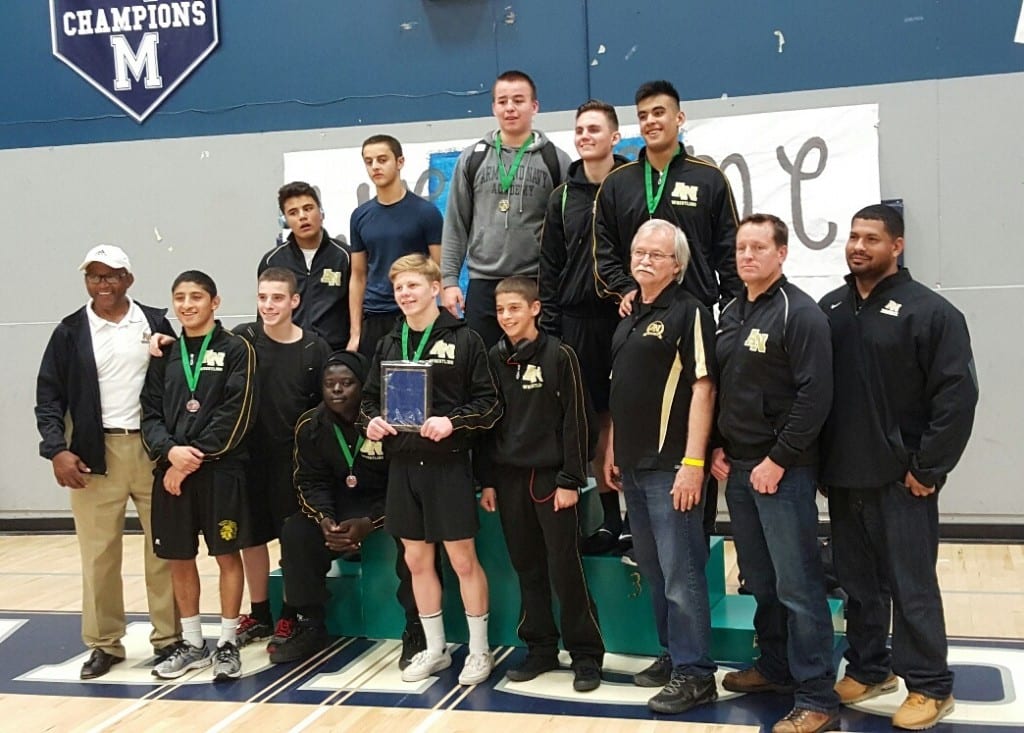 Warrior Wrestling earned second place at the San Diego County Division IV CIF Championships held on Saturday, February 20, 2016. This is their best result in the 105-year history of the school!

The Warriors had three wrestlers in the finals. Two took first, becoming CIF Champions. Lucas Howes is the 132 pound CIF Champion, and Zach Schrader is the 220 pound CIF Champion. Both are elite-level wrestlers. Alex DeGraff was also a CIF Finalist, earning second place in his 195 pound weight class. He also wrestled extremely well.

Since the team totals were so close, every team point was critical, even for those who did not place.  The coaches appreciate every team point scored and support every wrestler’s participation in CIF, and are very proud of all of the Warriors for an incredibly successful season. Warrior Pride!