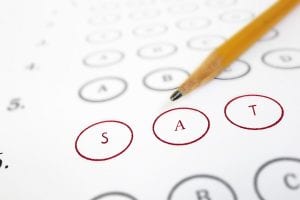 A September 20 article on the EdSource website reported that many high school seniors are “scrambling to schedule SAT and ACT tests this fall” despite the fact that most private and public colleges and universities are not requiring test results as an admissions requirement during the current COVID-19 pandemic.  (Hard to imagine high school students actually yearning to take a test.)

The EdSource website which reports on key educational issues in California and elsewhere said these students and their parents still worry that not taking the standardized entrance exams or not being able to increase previous scores will hurt their college application standings. The current testing culture among high school juniors and seniors has created anxiety among students who still hope to take the exams this fall because test scores still matter.

“To tell them all of a sudden that the tests don’t matter is hard for them to swallow, even though it’s a reality,” said Josh Godinez, a high school counselor in Riverside County who also is president of the California Association of School Counselors. “It is really going to be OK and their admissions truly won’t be affected at the vast majority of schools if they don’t have test scores.”

However, the current trend of colleges eschewing standardized testing as an admissions factor didn’t start with the pandemic. Well before the virus crisis, an increasing number of colleges and universities had joined a movement to drop testing requirements for a variety of reasons. According to the National Center for Fair & Open Testing (FairTest), 1,460 schools comprising 60 percent of the country’s institutions of higher learning were already going to drop SAT or ACT scores as part of the admissions process beginning a year from now.

Standardized tests still in demand
However, as stated earlier, there is still enough demand for standardized testing from students and parents for high schools to conduct the tests as part of their college preparation programs. One such school is the Army and Navy Academy, a college preparatory boarding school for middle- and high-school boys in Carlsbad, Calif. where testing is part of its comprehensive program to prepare graduating Cadets to succeed in college and beyond.

Cadets in the 10th and 11th grades who have taken the Preliminary SAT (PSAT) are taught how to access and use Khan Academy, a SAT preparation program that links with their PSAT results to create customized lessons that better prepare them for the SAT they will be taking in the fall of their senior year.

This month (October), the Academy is administering the SAT on campus to give all senior Cadets the opportunity to test if they so choose. Even if their scores are not necessary for admission purposes, the Academy realizes SAT scores can be of value to Cadets for obtaining scholarships, achieving class placements, and securing internships, etc.

Beyond preparing Cadets to take the SAT, the Academy conducts a college “boot camp” at the beginning of the seniors’ school year. The school’s counselors separate Cadets into small groups to enable Cadets to ask questions, receive support and guidance in the application process, learn how to search for scholarships and, with the help of the English Department receive help with their college admission essays. Given the Academy’s size, each counselor has relatively smaller groups of Cadets than their counterparts at other schools where the counselor-to-student ratios are much higher.

Additional guidance comes from the Academy’s alumni who return to the campus to discuss with senior Cadets their own paths to colleges and universities. Faculty, staff members, and administrators also share their experiences in applying for and attending their respective college alma maters.

Academy counselors also schedule visits with representatives from various colleges across the country. This allows Cadets to become familiar with colleges and universities they may be unaware of and to learn what they offer. For the Cadets in the 2021 class these meetings are being held over Zoom during lunch in the Academy’s library.

But wait, there’s more to preparing Cadets to succeed
To further prepare Cadets to succeed after graduation, he 110-year-old private military-oriented school incorporates leadership and character development programs right alongside a rigorous academic curriculum for boys. The several programs used at the Army and Navy Academy instill knowledge and provide hands-on experience in mastering the skills necessary to overcome adversities and challenges, including the following:

Simply helping students score high enough on a test to gain admission to a college or university does not prepare them to deal with the adversities they’ll face in the near-term and distant future. Sooner or later, knowing and applying basic life skills becomes critical to their success as higher education students and beyond. 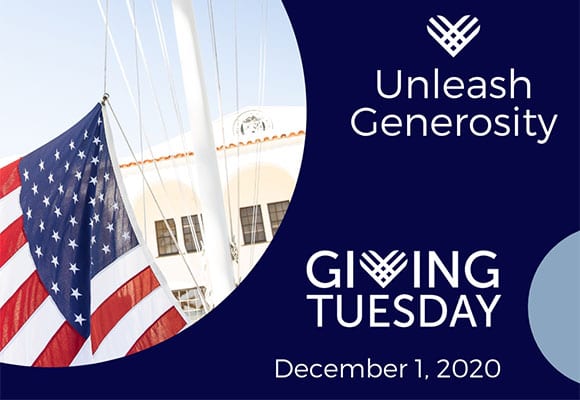 The holiday season is just around the corner and we invite you to kick it off with us! On Tuesday, December 1st, Army and Navy Academy is proud to participate in #GivingTuesday. This global day of giving invites individuals to celebrate the holiday season by giving back and creating change in their communities and their world. Join us by clicking below to make your contribution today!

You have Successfully Subscribed!