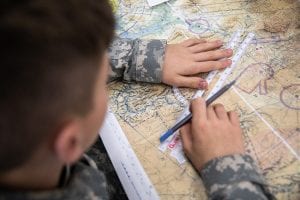 “The United States will need approximately 1 million more STEM professionals than will graduate in the next decade.” – White House news release sent in 2012

Since the above statement was released eight years ago, the acronym STEM has become the dominant content descriptor of the educational topics our nation’s educational system needs to teach.  Science, Technology, Engineering, Mathematics are the topics all of today’s young people will need to embrace to some degree to be prepared to compete successfully in tomorrow’s world of work.

Parenthetically, there are many educators who have insisted the STEM acronym be expanded to include the letter A for the Arts.  In the words of one  Harvard education professor:  “… an education devoid of arts … is an empty, half-brained kind of education.” Point well taken; but the primary topic of discussion here will be the four traditional STEM disciplines, given the critical need for more young people to be educated and trained to fill these disciplines.

Why are science, technology, engineering, and math important?
According to a March 2014 article in The Atlantic magazine, “…science and engineering occupations are at the leading edge of economic competitiveness in an increasingly globalized world, and science and engineering workforces of sufficient size and quality are essential for any 21st century economy to prosper. These professional workforces also are crucial for addressing challenges such as international security, global climate change, and domestic and global health. While they therefore are of great importance, college graduates employed in science and engineering occupations (as defined by the National Science Foundation) actually comprise only a small fraction of the workforce.”

STEM courses need to begin early in a child’s school career
The pathway to mastering these topics does not begin when students enroll in college or a Career Technology Education (CTE) program. It begins far earlier; optimally at the middle-school level – typically 6th through 8th grade. That’s where the basics of science, technology, and mathematics need to be taught in order to prepare students later to excel in the college-level advanced courses they’ll need to become proficient in a global workplace. Middle school students who don’t get a good background in math, for example, are highly unlikely to make up for lost time in high school where the college preparatory advanced levels of math are taught.

How the Army and Navy Academy is applying STEM from the ground up
Among the more innovative approaches to a STEM curriculum can be found at the Army and Navy Academy, a college preparatory boarding school for middle- and high-school boys in Carlsbad, Calif. The 110-year-old Academy provides a leadership and character development program alongside a rigorous college preparatory curriculum that includes a heightened emphasis on several STEM disciplines.

Computer science electives being offered include a preparatory “Discoveries” course for the Academy’s 7th– and 8th-grade Cadets. For 9th– through 12th-grade Cadets, the “Principles” course includes robust instruction on digital privacy, encryption, data science, machine learning, and digital citizenship as well as projects that teaches them now to develop software, create webpages, and design their own programs.

Beginning with the 2020-21 school year, The Academy is introducing an introductory course in Cyber Security that is designed to challenge Cadets to think about technology from a new perspective. In today’s noisy digital world, young people are being bombarded with apps, software and other digital outlets, designed to monopolize their attention. The Cyber Security course explains the inner workings of modern computer technology and demonstrates to them need for user control and responsibility. The course uses problem solving, applied mathematics, information technology, and computer programming to teach the concepts of encryption, software and hardware security, social engineering, and most important, ethics. Along the way, the course will introduce basic programs using Python and Shell scripting. In fact, Cadets taking the course must agree to uphold and protect a strong ethically based code of conduct.

The course begins by covering the history of code making and code breaking, then moving onto the Linux operating system, the command line, case studies of recent cyber attacks, and training for the “Cyber Patriot” competitions.

Hosted by the US. Air Force JROTC program, the Cyber Patriot competition tests skills and provides a hands-on experience protecting a computer system from an organized attack.

‘AIR STEAM’
We’ve talked about this before but it bears repeating. As part of its STEM programs, the Academy debuted in 2018 its University of California-approved Warrior Aviation Course that could easily earn its own “A” (for Aviation) for the STEM acronym since it directly connects aviation and aeronautics to the school’s science, technology, engineering, and mathematics emphases.

The Academy’s four-year aviation training course is in response to the growing worldwide shortage of commercial pilots. Estimates are that 637,000 new pilots will be needed to fill that gap by 2036 — a little more than a decade and a half from now.

“The U.S. alone will need an average of 25,550 per year or 70 new pilots a day to keep up with the rapid rate at which current commercial pilots are or will soon be retiring,” said the Academy’s Dean of Academics. Ethan Segovia.

In addition to a strong academic foundation in STEM topics, the Academy’s aviation program includes a pilot training component that readies senior cadets to obtain their pilot’s license. Cadets completing the program receive college credits to help them pursue advanced aviation courses at a four-year college or university.

Cadets in the 9th through 12th grades can take the aviation course as an elective which includes several “ground school” courses, including Aircraft Systems and Anatomy, Aerodynamics, Aircraft Weight and Balance, FAA Regulations, Aeronautical Decision Making and Flight Safety, Medical and Pilot Physiology, and Aviation Navigation.

The Academy’s extra-curricular Warrior Aviation Club is being reshaped into a  STEM-based “Maker Club,” a project-based approach that allows Cadets as club members to learn at their own pace and; in this case, become educated in STEM topics, including but not necessarily limited to robotics and other engineering-related skills. Still available will be opportunities for club members to explore local flying clubs and to learn how to operate a drone.