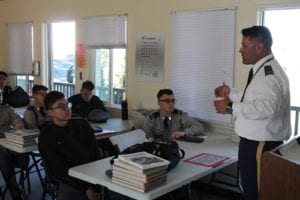 Like it or not, conflict is an unavoidable human phenomenon. Where and when humans interact with each other, there is an eventual certainty that at some point in time, different personal preferences, ideas, likes and dislikes will create some level of conflict.

Conflict can actually be positive

That’s not to say such occurrences are always negative. A 2009 article by Professor Abdul Ghaffar from Qurtuba University in the Journal of Managerial Sciences argues that conflict is often needed when it …

There are differences causes and types of conflict

It shouldn’t be a surprise to anyone that there are different causes and other factors that create conflict. Again, Ghaffar produces a long list of causes; the more relevant ones being paraphrased as follows …

The most likely sources of conflict are poor communication, competition for common but scarce resources, disputes over roles, and just plan incompatibility when it comes to approaches and outcomes of goals.  However, it’s not by happenstance that communication heads the list since it is the singular tool needed to resolve all sources listed here and elsewhere. But, when used poorly or not used at all, it also can be the catalyst that can hurl parties headlong into a conflict.

Christine Switzer, a writer on workforce issues, noted in a recent article that a primary challenge of effective communication is to prevent conflict escalation. “Conflict escalation can result in broken communication, false assumptions and negative commitments, all of which can further complicate the initial conflict.”

One major benefit effective communication has in resolving a conflict is the resultant reduction in anxiety, whether within a family or in the workplace.  Stewart Levine, an attorney and author of “Getting to Resolution: Turning Conflict Into Collaboration,” emphasizes the need to “address your real concerns” and “get to the core of the conflict.” Active listening skills, include talking less and asking questions for clarity. Using effective verbal – and nonverbal – communications further contributes to a successful resolution of conflict, either between individuals or within a group.

Schools can be breeding grounds for some forms of conflict

Schools and other education-based institutions are especially fertile ground for conflict. For one thing, schools are composed of different young people interacting with different peers and adults of different ages; factors that create different frames of context and reference. Donna Crawford and Richard Bodine from the National Center for Conflict Resolution Education (NCCRE) have cited research into school conflicts that show the largest number of conflicts that become violent often start as relatively minor incidents.  Actions such one student using another’s property without permission or harmless but unwelcome physical contact can lead to a major conflict. Most such conflicts tend to occur between individuals who knew each other. The common goal of violent acts typically involve retribution – pay back so to speak. Crawford and Bodine said further research has indicated violent acts in these cases are not the result of an absence of values, rather they stem from a value system that accepts violence.

There’s an abundance of lists of what to do and not do in conflict situations, including the Crisis Prevention Institute’s “Top 10 De-escalation tips” that bear keeping in mind.

All the above tips pertain to crisis response strategies for schools. However, schools are specially equipped to turn inevitable conflicts that occur into teaching opportunities.  For one thing, a teacher can function as a mediator to bring order and map out the course to resolve the conflict. Many mediators use ROLE PLAYING by the individuals in conflict which helps ease tensions by bringing a spot of levity to the conflict resolution process.  By placing the affected students in opposing roles where can act out their opponent’s point of view, they can learn how to be more empathetic towards the other party and people in general and even begin to understand the opposing point of view.

TRACKING is another resolution tool by which students are assigned to observe and track various conflicts they have either witnessed or participated in over a period. Crawford and Bodine suggest these episodes be tracked in a journal and written – without specifically identifying the students involved. Students should be encouraged to be on the lookout for situations where conflict resolution is needed. At some point, the students volunteer their observations and discuss with others the positives and negatives of the conflicts they’ve observed.  It helps prepare those observing conflicts to be in position to handle them when they themselves become involved in an incident.

LISTENING, as briefly referenced earlier, can do much to minimize or eliminate the misunderstandings and miscommunication take created the conflict. Teaching students good listening habits is an important tool. Crawford and Bodine suggest teachers start with a classroom discussion about recent student conflicts, predicting that those involved would likely say something to the effect, “He wouldn’t listen…” or “They didn’t understand what I was saying…”

Good LISTENING techniques that should be taught include…

WRITING ABOUT THE CONFLICT gives them a time out or cooling-off period and makes them reflect on the incident in a more reasonable manner. In writing about the conflict they find themselves in, students should include how the incident has made them feel and what other choices should they have made to prevent or minimize the level of conflict.  Crawford and Bodine suggest they be asked to respond to, “List 3 things that you would do differently now that you’ve had a chance to think about better options.”