Although the popularity of lacrosse is growing more and more nationally in the recent years, it is, in fact, considered America’s oldest sport, dating back to the 1600s when the game was played by native North America tribes. The first account of a lacrosse game was in 1636, but because of its lack of popularity, it doesn’t often receive the credit as America’s first sport.

As the game modernized with written rules in 1867, the popularity increased and started making presence in elite prep schools and colleges in the northeastern United States such as Princeton and Kent School. However, the interest and popularity of lacrosse has been growing significantly during this 21st century across the United States, and is not just centered in the East Coast. The number of colleges and high schools that have been including lacrosse as one of their sports options has been climbing every year and it is now a popular NCAA sport.

On the high school level, lacrosse participation grew about 15% during 2012-2013 among boys and in U.S. boarding schools, the sport is considered as popular as basketball and football. These graphs show the significant increase in lacrosse participation in schools and athletes during the late 90s and 2000s, according to the 2003 High School Participation Survey by the National Federation of High School Associations (NFHS). (Click graphs to enlarge)

The Army and Navy Academy lacrosse team is in its third year and was launched as a request from the students in 2014. With the spring sports in full swing at the Army and Navy Academy, the lacrosse players and coaches are excited to announce John Gillespie as their new head coach and are proud to have won their first game on April 4th, 2017 under his leadership. ANA played against Mira Mesa High School and won 6-2.

Coach Gillespie brings over 20 years of lacrosse coaching experience to the Army and Navy Academy, as well as many years of playing experience in the sport. Gillespie started coaching at Christchurch School in Saluda, Virginia before moving to the varsity head coach position at Woodberry Forest School in Woodberry Forest, Virginia, where he was taking over the program established and led by his father in 1963. During his ninth season at Woodberry Forest, Gillespie led his team to win its 100th game. During his 12-year tenure coaching at the school, Gillespie guided the Tigers to four state championships, capturing the Virginia State Championship (TILT) title in both 2001 and 1999. Under Gillespie’s leadership the Tigers were Virginia Prep League Champions five times, in 1995, 1997, 1999, 2001 and 2002.

In 2007, Gillespie continued his lacrosse coaching career with a move to The Gilman School in Baltimore, Maryland. At Gilman, Gillespie was head coach of the 8th grade team and the assistant coach for the varsity team, which won the MIAA Championship in 2011, and in 2009. Under his leadership, Gillespie’s 8th grade team enjoyed an undefeated season in 2011.

Gillespie’s passion for the game of lacrosse dates back to his early days. His father, Robert F. Gillespie Jr., built the lacrosse program at Woodberry Forest School, coaching for 28 years and earning a place in the Virginia Lacrosse Hall of Fame. As a student at Woodberry Forest, the young Gillespie trained under his father as a four-year member of the varsity lacrosse team. During his senior year, he was elected team captain and received the Most Valuable Player award and the Godine Leadership Award. He was also named to the Virginia Independent School all-state team as an attack man and was selected to play in the U.S. Lacrosse North-South High School game. 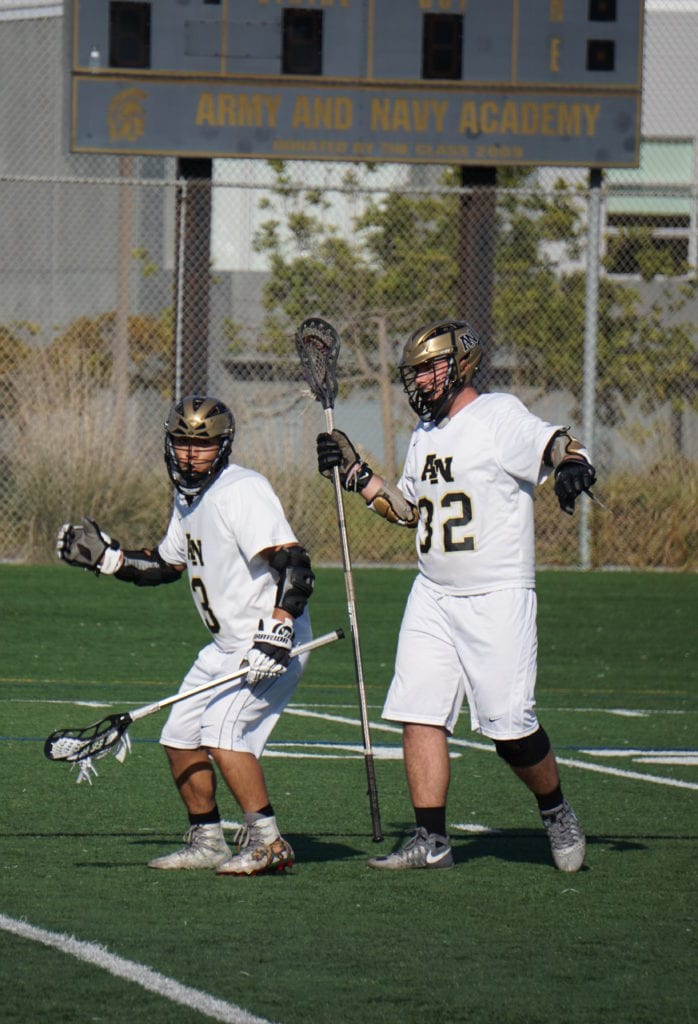 Coach Gillespie relocated to Encinitas, California from Raleigh, North Carolina where he was an assistant varsity coach at Saint Mary’s School, worked as a counselor for eight years at Breschi Lacrosse Camp at UNC, and trained goalies. He is a member of Triangle Men’s Lacrosse Officials Association and refereed North Carolina high school lacrosse games. Coach Gillespie holds a US Lacrosse Coaching Certificate Level 1 and a US Lacrosse Referee Certificate Level 3. Dr. Monica Gillespie, his spouse, will be the new Head of the Upper School at Francis Parker in the fall.

John has an incredible love for the game of lacrosse but more importantly, a passion for teaching young people life lessons through sports and the classroom. He relates to kids like very few I have seen before, building their confidence while at the same time, encouraging them to reach beyond their comfort zone. He encourages them to make sacrifices to improve their game but teaches them to have balance in life, with school, sports and socially. His focus on 100% effort and having fun in the process is something I’ve always admired and use with our team at UNC on a daily basis!

Coach Gillespie says that he is proud to be a part of the Army and Navy Academy team with an athletic program that focuses on developing character, sportsmanship, and leadership. He is specifically looking forward to building teamwork and pride in the program.