Leadership in the Air 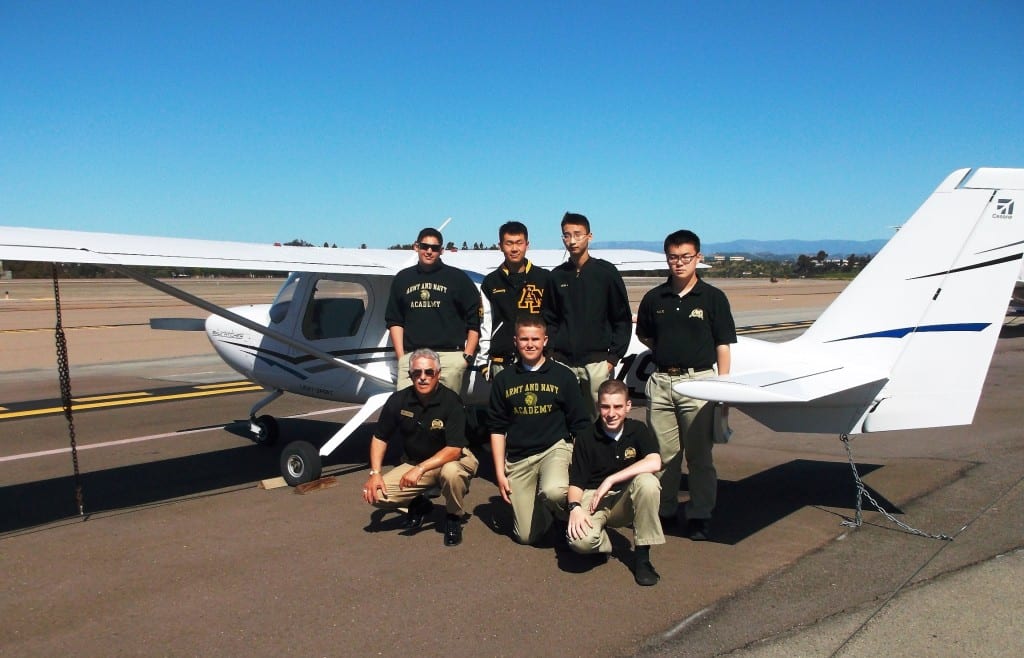 A new program is taking off at the Academy, giving Cadets exciting leadership opportunities!

Cadets Blake Howard ’15 and Kyle Caverly ’17 led the Elements of Flight Squadron along with Assistant TAC Officer Kenneth Bettencourt, retired U.S. Army pilot. The club was initially formed to give Cadets the opportunity to study the principles of flight – stability, lift, and propulsion – which would then be applied through structured, creative, and hands-on applications.

TAC Bettencourt organized a series of trips to familiarize the Squadron with the concepts of flight instruction, simulation, and more. Cadets visited the San Diego Air and Space Museum, Pinnacle Aviation Academy, and Civic Helicopters. During these field trips, Cadets took flight lessons and experienced simulation on the FS2000, F-35, and other fixed and rotary wing simulators.

The highlight of the year was, undoubtedly, the Young Eagles flight in May of 2015. Cadets met Federal Aviation Administration-Certified pilots, who walked them through a preflight aircraft inspection and each piece of the plane, inside and outside. After that, they went for a ride in a historic aircraft along the California coast.

Throughout the year, TAC Bettencourt fostered valuable community connections with local schools and private aviation contacts that have opened up many exciting possibilities for the future. Plans include developing a more structured, formal approach that will eventually lead to individual certification.

As the program continues to develop, new leadership opportunities are arising for Cadets. The Commandant has created a Battalion Staff position called the Flight Programs Officer. Cadet Captain Christopher Mogul ’16 has been named to this position and will act as Officer in Charge during the 2015-16 school year. He will surely play a major role in helping the Elements of Flight program soar to new heights!