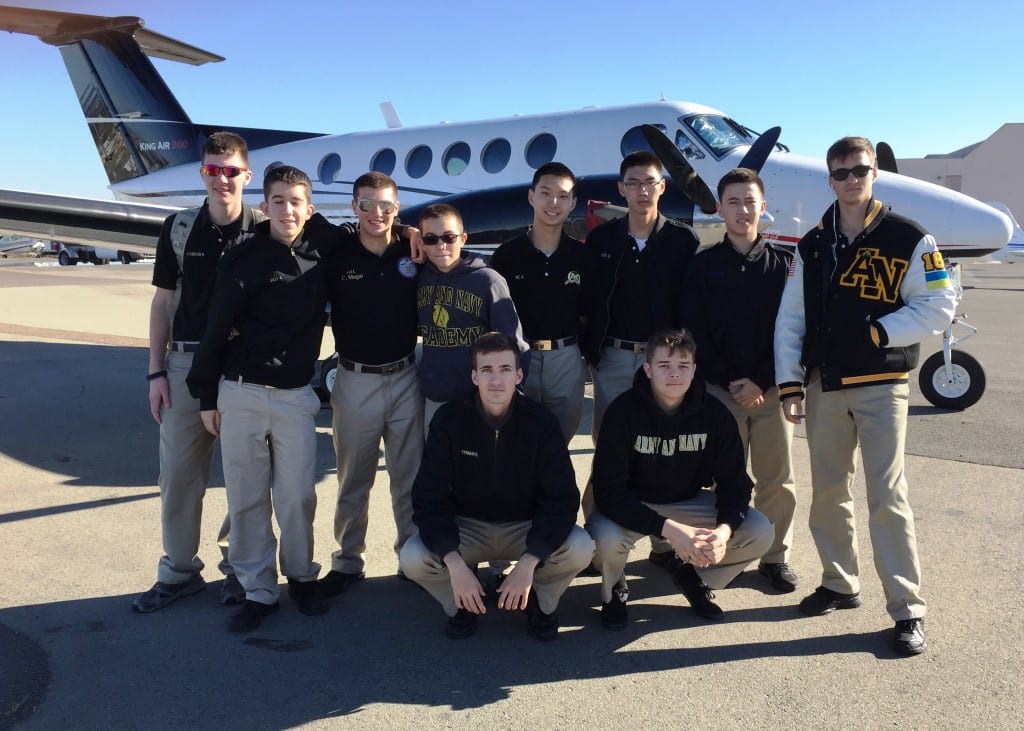 The future of our nation and that of other developed countries is literally up in the air, due in large part to a growing worldwide shortage of commercial and military pilots. If not cured relatively soon, the pilot shortage will could seriously curtail public access to air travel and even weaken the nation’s military air power component.

According to the Federal Aviation Agency (FAA), the number of pilot certificates issued by that agency has decreased by more than 60 percent since 1980.   The present- and near-term future doesn’t get any better.  A 2016 report from Boeing shows that within the next decade, 42 percent of commercial pilots currently flying for U.S. major airlines will reach their mandatory retirement age of 65.  In military aviation, the U.S. Navy estimates a 10 percent shortage of naval aviators by 2020 while the U.S. Air Force is forecasting its own shortage of 1,000 pilots by 2022.

Not only does fewer Air Force pilots and Naval aviators affect military readiness, it also constricts even further the supply of commercial pilots. In the 1980’s, roughly two-thirds of airline pilots came from the military. Since then, the percentage is now one-third and, given the predicted shortage of military fliers, the pipeline of ex-military pilots will likely shrink further.

Meanwhile, the International Air Transport Association predicts demand for air travel will double over the next 20 years; a prediction supported in part by the fact that last year alone, Boeing and Airbus delivered more than 1,400 new commercial aircraft to domestic and international airlines combined.

What is needed to cure the pilot deficit

Boeing’s Pilot and Technician Outlook reports that 637,000 new pilots – a number just under the population of our nation’s capital — will be needed worldwide by 2036 to cure the pilot deficit caused by the perfect storm of large numbers of retiring pilots, additional regulations requiring more pilots to prevent pilot fatigue, the soaring demand for air travel and other growth-related factors. In the U.S. alone, 70 new pilots a day will shortly be needed to meet the present and near-term demands being placed on the commercial aviation industry.

How do we begin to cure the deficit?

Satisfying the need for more pilots begins in our nation’s schools – attracting and educating tomorrow’s adults for careers in aviation, principally as pilots.  The Aircraft and Pilots Association (AOPA) is in the process of building a four-year aviation STEM curriculum available to high schools across the U.S. Last summer, the association conducted a workshop to present the curriculum to teachers who typically are former airline and military pilots, certificated flight instructors as well as science, engineering and technology teachers.

The AOPA curriculum for ninth-graders began this school year with courses for the higher grades to be available in ensuing years.  The courses for 10th, 11th, and 12th-graders include three Career and Technical Education (CTE) pathways from which students can choose: pilot, unmanned aircraft systems, (drones), and aerospace engineering. The ninth-grade course provides a foundation for advanced exploration in the three CTE pathways.

However, teaching aviation and training high school students is already under way at several schools, including Vista (California) High School, where Air Force JROTC cadets are learning the basics of aviation by taking ground school courses and learning to fly on an in-class simulator.  Aviation High School in New York City has specialized in training students on aircraft maintenance and other aviation-oriented vocations since 1925.

The Army and Navy Academy, an all-boys college preparatory boarding school in Carlsbad, California, introduced its four-year Warrior Aviation Course this fall (2018) and already has a full classroom of Cadets.

The Academy’s University of California-approved course connects aviation and aeronautics to STEM courses and other core curriculum to prepare Cadets for future careers as certified pilots of commercial and military aircraft as well as drones. In addition to preparing Cadets to take the Private Pilot written and flight proficiency exams upon completion of the course, they also will receive college credits to help them pursue aviation or aeronautics at a four-year college or university.  About 98 percent of the Army and Navy Academy’s graduates pursue their education at a college or university.

“Pursuing and completing a college education with this course under their belts will equip our young men to be really competitive in the aviation industry,” said retired Marine Lt. Col. and aviator Kevin Moss, who is a Certified Flight Instructor, and the program’s instructor.

How aviation interacts with the STEM curriculum

Preparing young people for careers in aviation goes far beyond training exercises in a simulator or later, flying solo in a cockpit. A robust aviation- or aeronautics-based education includes a hands-on approach to learning and mastering STEM topics as well. In an article, “Understanding STEM Education through Aviation,” Redbird Flight Simulators, a Texas-based flight training company, gives the following examples of how aviation uses science, technology, engineering and mathematics principles.

who need to learn and apply the science behind it. Aviation courses teach the importance of paying attention to what weather looks like now, what is or will be changing and how that may affect flight factors.

the abundance of technology at a pilot’s fingertips, there is the need to ensure that the pilot understands how to use and operate it correctly.

skies as well as continuing changes in aircraft design, pilots need to learn the stability and performance characteristics of those aircraft.

gravity of an airplane is very important for ensuring that the aircraft is within acceptable limits. Weight and balance calculations become even more challenging, knowing that as an airplane burns fuel in flight, those calculations change.

Many comprehensive colleges and universities offer some level of courses or degrees in aviation, aeronautics or, in some cases, aerospace engineering. However, among the many lists that rank institutions of higher learning for various attributes, thebestcolleges.org lists its top 10 colleges in 2018 for aviation degrees in the following order:

Further information on these schools’ aviation programs is available on the thebestcolleges.org link.

High schools teaching aviation courses as well as colleges and universities that offer aviation and aeronautics programs in the U.S. have their work cut out for them to train enough future aviators to ensure that commercial air travel continues to be readily available and our nation’s military air power remains strong.

At Army and Navy Academy boarding school, we believe greatness lies in you. Every day at ANA is designed to help you achieve it.

Around the clock, we listen, challenge, and encourage you to imagine and accomplish your goals.

With your Warrior team behind you, you’ll discover a bolder, brighter you.

We are currently accepting applications for Spring 2022. Find out more here.