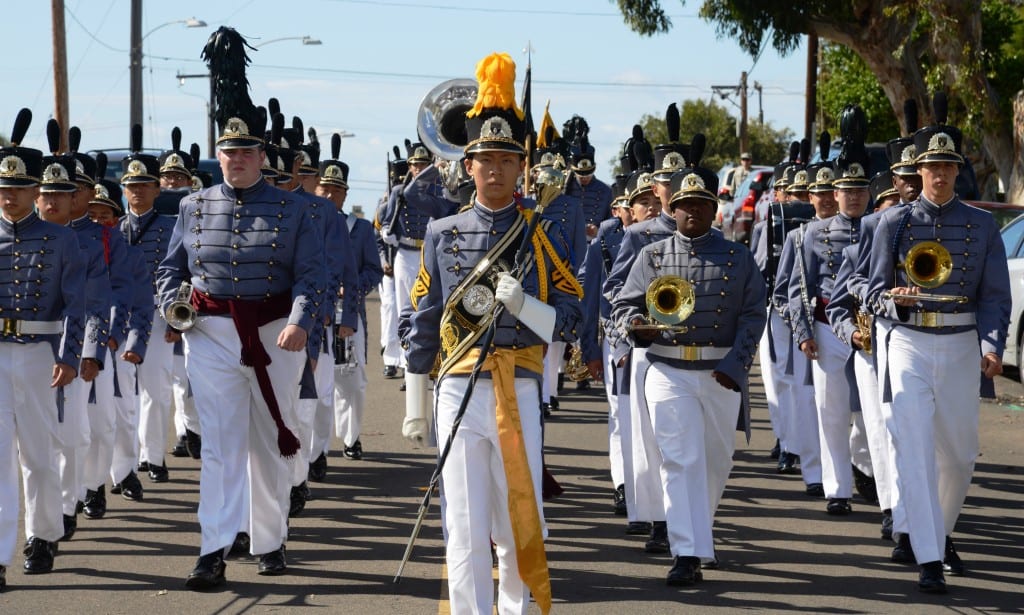 Ever since my very first day of school at Army and Navy Academy, band has been my favorite class by a long shot.

The Atkinson Warrior Band is truly unique in comparison to the bands of most typical high schools. In the band, there is a high level of support from each person towards the group as a whole and a brotherhood clearly exists within it. Along with this brotherhood comes all of the members’ contributions of countless hours of practice and marching as a whole.

In the end, all of the late night practices and the marching pay off tremendously when we appear out on the field for parades or when we march through the streets of La Jolla. The brotherhood and the commitment of band work hand in hand because they each strengthen each other.

I have clearly observed that I, myself, have a closer connection with those who go through all of the late night practices, even when we have homework, because we work together and give the same effort and teamwork to develop the band as a whole.

Out of the whole Corps of Cadets at the Army and Navy Academy, those in Band Company are the epitome of what it truly means to be a Cadet, especially in comparison to the Cadets of Alpha, Charlie, Delta, Honor Guard, and Headquarters companies.

Cadets in Band are expected to meet a much higher standard than those outside of Band in all aspects of being a Cadet. Also, the Cadets in Band are highly regarded by the entire ANA Community especially when it comes to parades.

Believe me, everyone in the stands at our parades has their socks blown off when they witness the wonderful music we play and the way we march with pride. It even attracts more Patrons and visitors to attend Academy events.

Being in band as the baritone saxophone player takes a lot of responsibility for me, since all of the higher-pitched instruments are counting on me to lay a foundation for their own sound.

Participating in band is a passion for me because I always push myself to do the best I can for my fellow band members, since I know that they would do the exactly same for me.  It is in this way that the band is a true brotherhood, and how we function and prosper as a whole.