Why Lacrosse is the Sport of Choice of Today’s Youth 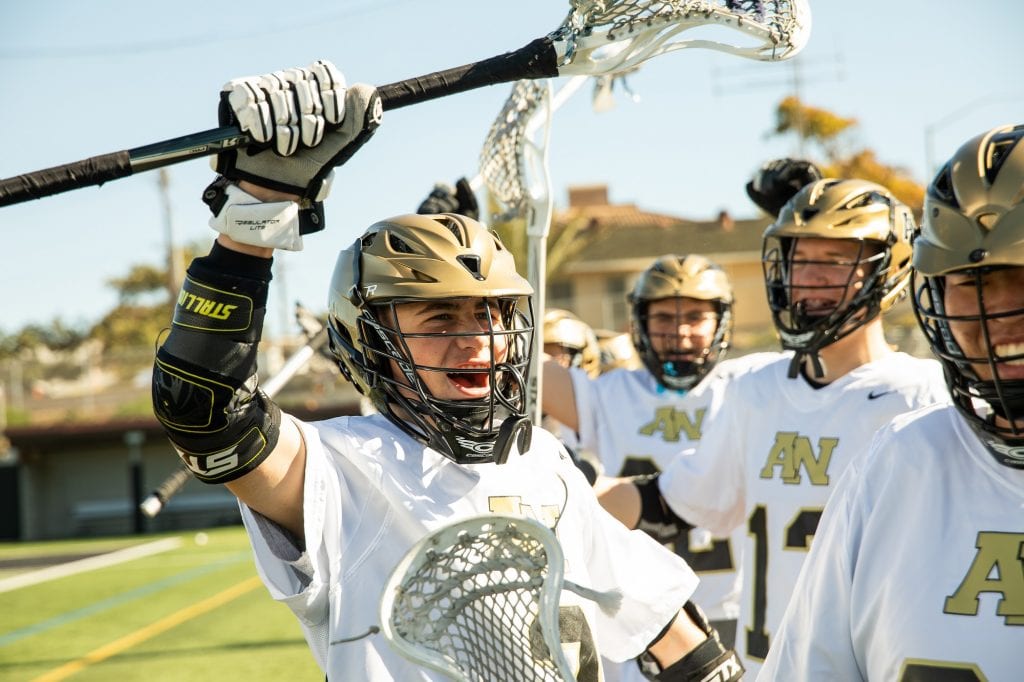 A quick review of the history of organized sports shows lacrosse to be by far the oldest organized sport in North America. Wikipedia reports that nearly four centuries ago, early European settlers modified a North American Indian stickball game dating back to the 1200s into pretty much what the game is today. They also gave it its present name, “La Crosse” (The Stick), which merged into singular-word name. The game became more formalized with written rules in 1867 after which it became a competitive sport in elite prep schools and colleges, primarily in the northeastern U.S.

Lacrosse is now number one

The interest and popularity of lacrosse has mushroomed over the decades, both in numbers of schools and players and geographically, to become the fastest growing sport today in U.S. high schools and colleges. One source, US Lacrosse, reports that three-quarters of a million people played lacrosse in 2017. Participation in the sport at the high school level grew by 15 percent in 2012-13 among boys in U.S. boarding schools, becoming as popular as football and basketball at those schools. At the college level, participation grew by 28 percent in the 2009-14 time period. Not only has the sport become a NCAA staple, but two professional leagues comprising more than 20 teams have emerged in the past three decades, Major League Lacrosse and National League Lacrosse.

Why lacrosse is so popular among young people

A few observations in no particular order as to why lacrosse’s popularity has soared among youth:

“It (lacrosse) is characterized by intense action, strategy, finesse and power. It is a game with long, looping passes and short bullet-like shots to catch a pass over the shoulder while running at full stride, to hit the top corner of the net while in full flight, or to stop a shot aimed low through a maze of players requires a range of skills unsurpassed in any other sport. The … nature of the game makes it a great spectator sport.”

televised, thereby exposing young people and their parents to what many consider to be the fastest ball game on two feet.

College varsity sport but in after-school, summer, and club competitions.

Lacrosse is spreading out from its traditional geographical roots

In recent years, the game’s popularity has expanded geographically from its traditional roots in the northeastern U.S. Four years ago, cadets from the Army and Navy Academy, an all-boys, college preparatory boarding school sited on a Pacific Ocean front campus in Carlsbad, California asked that lacrosse be added to the Academy’s long list of competitive sports that also includes cross country, football, surfing, basketball, soccer, wrestling, baseball, golf, swimming, and tennis. One Academy alumnus remarked after the school’s first year of the lacrosse program:

best experience of my life, teaching me much about the game and about being a part of a team.”

What are the overall benefits of lacrosse?

Like most any sport or athletic activity, lacrosse helps to instill success in young people who compete in the game.  A University of Missouri Health Care report on “Benefits of Sports for Adolescents” affirmed that sports and physical activity are good for the mind, body, and spirit, adding that “Team sports teach adolescents accountability, dedication, leadership, and other skills.” The report lists the following five reasons why organized, well-structured youth sports and ongoing physical activity “play an important role in a young person’s life.”:

While some people think this would distract student athletes from schoolwork, the opposite is true. Sports require memorization, repetition, and learning – skillsets that are directly relevant to class work. Also, the determination and goal-setting skills a sport requires can be transferred to the classroom.

group of players teaches … how to build teamwork and effectively communicate to solve problems. This experience is helpful when encountering problems later in life at work or at home.

maintain a healthy weight. However, they also encourage healthy decision-making such as not smoking or drinking. Sports also have hidden health benefits such as lowering the chance of osteoporosis or breast cancer later in life.

fitness goal encourages one to achieve other goals, resulting in a rewarding and exciting learning process.

of stress. One can make new friends who can be there as a support system. When one feels under pressure or stressed, he or she can call up a teammate, head to the gym to talk and play it out.

Additional research by the U.S. National Longitudinal Study of Adolescent Health found there was a positive correlation between physical activity and mental health, including emotional wellness, self-confidence, and positive expectations for the future. The research also found that participation in sports is linked to greater satisfaction in a student’s experience at school, resulting in lower dropout rates. A laxcamps.com blog on the rise in lacrosse participation at the college level said a study several years ago showed that graduation rates for lacrosse players are among the highest in college sports. Some 88 percent and 94 percent of female lacrosse players surveyed had graduated from college.

Another survey several years ago by the National Federation of State High Schools Association found that students agreed they would not spend as much time in sedentary activities like watching television of playing video games if they had other options at school.

Further NFHS studies suggested that student athletes – who presumably include lacrosse players — are less likely to participate in unhealthy or risky behavior when they are playing sports in high school. The same report cited a study by the Department of Education that found students who spent no time in extracurricular activities in high school were 49 percent more likely to use drugs and 37 percent more apt to become teen parents.