Courage is Key to Being Prepared for an Unsure Future 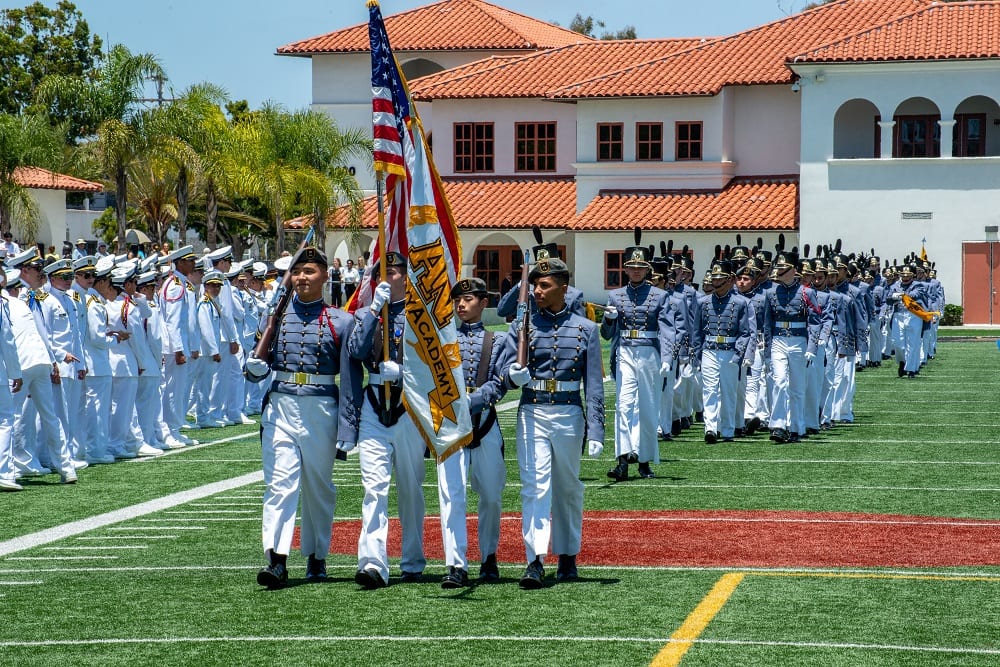 “Courage is the ladder on which all other virtues mount.” – Ambassador Claire Boothe Luce

Courage is an attribute people often ascribe to those in the armed forces and our public safety agencies who take massive personal risks to save lives and property.  On many occasions, we also celebrate courage on the part of other individuals in everyday life who rescue others at their own peril from fires, accidents, acts of violence, and other kinds of crises. Even athletes whose courage compels them to take big risks to win a game also win our admiration.

In more dire circumstances of the distant and recent past, our nation’s POWs had to summon personal courage to survive several years of tortuous confinement during World War II, the Korea and Vietnam wars.  One example: the Vietnam POWs muffled their whispers and rapped a secret code on prison cell walls to exhort each other to behave in such a way during the brutal interrogations they endured that they could “Return With Honor.”  Closer to home, the dire circumstances some people face through severe physical impediments have been overcome by great levels of courage. The story of physicist Stephen Hawking, stricken with Lou Gehrig’s Disease, and his first wife, Jane, depicted in the 2014 movie “The Theory of Everything” is an excellent example of personal courage overcoming great odds.

If only courage was readily evident throughout more of our society today where it’s sorely needed at every level. So many so-called “everyday” people haven’t internalized courage in their own daily lives. The reason? It’s not seen as the “safe thing” to do. And, they’re right. Even worse, the courage shortage is becoming more critical. Many parents are not instilling in their children – tomorrow’s future adults — the character traits necessary to display courage when circumstances call for it. Neither are most schools and other learning environments for young people.  “Be careful; don’t take risks” have become a common mantra in much of today’s society. So much so that the word “risk” has become a four-letter pejorative.

One thing has become abundantly clear in recent years: We live in very uncertain times of economic, political, and social upheavals. Courage will need to become even more an essential characteristic for how we behave and respond to the new and ever-growing number of circumstances in a very uncertain world.

Personal character is the primary trait that produces personal courage.  Both are learned traits, gained from observing them in role models, but more so through formal character development orientation and training at home and in schools and other institutions where those traits are valued.

Perhaps the most visible character development program at the high school level is the Junior Reserve Officers Training Corps (JROTC) program in place at more than 3,000 U.S. high schools and military academies, including the  Army and Navy Academy, a college-preparatory school for 7th-to 12th-grade boys in Carlsbad, Calif. While military in its theme and format, the JROTC program at that and other JROTC schools is not an outlet for recruiting young people into military service.  Rather, its points of emphasis are citizenship, leadership and character character, and community service.  A 2014 article in U.S. News & World Report quotes a JROTC cadet in Missouri as saying that JROTC …”helps you work with others and to be able to clearly express yourself and not be afraid of what people think of you.”

The Army and Navy Academy’s president, retired Army Maj. Gen. Art Bartell, wrote in a January 2016 San Diego Union-Tribune op-ed commentary that the JROTC program in place at his and other JROTC schools includes a special emphasis on developing personal character to equip young people with the courage to respond to the rapid changes taking place in society’s cultural and social landscape. “Character development is as important a component in developing … our young people as anything they will learn in a classroom,” he wrote.

Author and speaker Darcy Kimmel and her husband, Tim, counsel parents and others on parenting and family issues. Also the mother of four, Kimmel wrote in a recent familymatters.net article: “Courage is our convictions with sweat all over them. It is one thing to know the right thing to do; it’s another thing to actually do the right thing. It’s courage that gets it done. Without courage, we simply give lip service to our convictions.”

the hurried lifestyle, and resist cultural attitudes expressed as “taking the path of least resistance,” “the end justifies the means,” and other easy outs that “rob you of your own courage to do the tough stuff that prepares children for life.”

to their children that they themselves don’t model.

aren’t quite ready. Applaud their efforts even when they don’t succeed.

fears and even let them name them. Never minimize or ridicule them for being afraid. Help them see a realistic view of what they are afraid of, and then come up with a plan to overcome that fear.

with, especially children and teenagers. Talk them through the unknown scenario. What will be familiar? What will be untried? Help them come up with a plan to handle the unfamiliar part.  Assure them they have what it takes.

of fear; rather it is the determination to do the right thing in any situation. This includes a dose of respect for danger and a filter of common sense.

up in is not friendly to morality and ethics. It will take courage for young people to stand up for what they believe is right. Help them prepare in advance answers to a friend or a level-headed presentation to a group on ethical issues they may need to confront. Gracious courage is very influential.

suggests going over with children and young people a newspaper article, a TV or internet story of someone who did or did not display courage. What did they do right? What did they do wrong? Turn those reports into case studies. Talk about what they should do if they are confronted by friends or situations that are morally or ethically challenging. Preparation builds courage.

them with those you are mentoring. But be sure to emphasize how your fears were overcome.

character trait; it needs practice. What better place for them to practice that surrounding them with parents and other adult role models who can instill in them wisdom, patience, love, and encouragement.